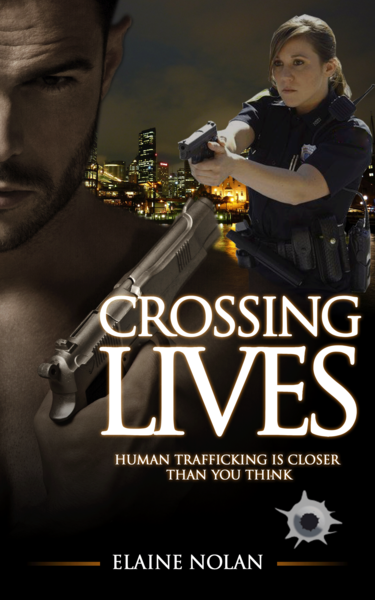 Detective Garda Claire Ravenwood is facing disciplinary procedures from Human Resources of An Garda Síochána, the Irish Police Force. A book based on her horrific experiences while undercover in a Human Trafficking ring, and written as a means of coming to terms with the trauma, is not only published, but is now becoming a film, with production starting in a remote village in Co Clare, Ireland.

Jackson Logue, an American actor running from his own demons and a tragic family event, hoping it will help him purge and absolve his past, has taken on the screen role of one of the characters; that of Ravenwood’s real-life lover who was murdered on that case, the covert operation that almost ended her life.

With Ravenwood on set as a consultant to the movie, along with her boss and other members of her team, she’s soon faced with the realities of the job when she uncovers a potential Trafficker in the area. Those suspicions are confirmed when a body is found, displaying all the hallmarks of her own almost fatal experience. It only worsens when she sees Sava Radic, the man who killed her lover and almost succeeded in killing her.

Unfortunately, surviving his attempt to kill her only deepens suspicions by some of her colleagues that she’s dirty, and that Radic allowed her to live. Despite the reservations of the other Gardaí, she’s reinstated to help with the investigation into the murder and trafficking links, as it has all the hallmarks of the previous operation she was involved in.

Her growing rapport with Logue puts her in a precarious position, and puts him in harm’s way as those trying to hamper the investigation target and kidnap him. Ravenwood and the team come to his rescue and those of the trafficked girls. In this the Gardaí are thwarted again as the rescued girls disappear from a supposedly secure and safe location. Logue is also a target again for retaliation as the Gardaí try to close the net on the Trafficker.

The only conclusion the Gardaí come to is that they have a leak, something they’re already suspected. Someone is feeding Radic information and sabotaging their operations, and Ravenswood’s seemingly miraculous survival, and her behaviour on set with Logue puts her in the frame as the corrupt cop, and Radic’s inside person.

But can she clear her name, rescue Logue and the trafficked girls, and capture Radic in time?